About Our Lab Director 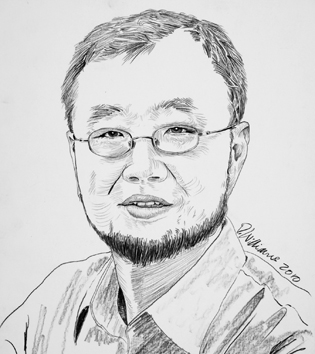 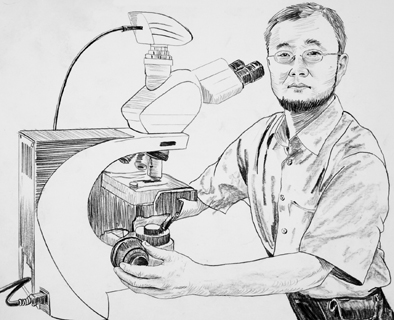 1) Discovered T cells (GC Tfh and Tfr cells) that regulate B cell responses. We found the presence of CD4+ Th cells in germinal centers, and these cells are specialized in helping B cell differentiation and antibody production. Moreover, we discovered the presence of FoxP3+ T cells in germinal centers and these cells suppress the functions of B cells and Tfh cells. This was the first documentation of Tfr cells in the literature.

2) Established trafficking mechanisms of functionally specialized lymphocytes. We have been studying lymphocyte trafficking for more than two decades. We defined the trafficking receptor profiles and migration behaviors of key effector T cells such as Th1, Th2, Th17, FoxP3+ T cells, and NKT cells along with their effector functions in regulating immune responses and inflammation. Most recently, we reported that innate lymphoid cell subsets such as ILC1 and ILC3 undergo trafficking receptor switches in secondary lymphoid tissues a manner similar to Th cells to migrate into the intestine. In contrast, ILC2 acquire the migration potential in the bone marrow.

3) Identified the roles of retinoic acid and nuclear hormones in regulating immune responses. We discovered the role of retinoic acid in inducing FoxP3+ T cells. We went on to demonstrate the in vivo role of vitamin A in regulating inflammatory bowel disease. We also found that retinoic acid is required for migration and effector function of Th17 cells in the gut. In addition, we found that progesterone, a female sex hormone, generates FoxP3+ and FoxP3- regulatory T cells, which is perhaps important for suppression of allogeneic immune responses during pregnancy.

4) Discovered the roles of the gut microbial metabolites in regulating immune responses. The commensal bacteria in the gut produce metabolites that are important for hosts in many different aspects. We found the roles of the gut microbial metabolites short-chain fatty acids (SCFAs) in potentiating epithelial innate immune responses to invading microbes. We also found that SCFAs boost the production of both effector (Th1 and Th17) and IL-10+ regulatory T cells. Recently, we reported that SCFAs support mucosal and systemic B cell responses.