The CCA assay detects DNA copy number gains and losses as well as regions of loss of heterozygosity. It enables detection of genomic lesions as small as several kilo-base pairs, resulting in almost a 100-fold increase in detection resolution when compared with conventional cytogenetic analysis where aberrations need to be greater than several mega-base pairs to be visible under microscopic analysis. It is particularly useful for malignant conditions with a low mitotic index or when limited material is available for cell culture for karyotypes. 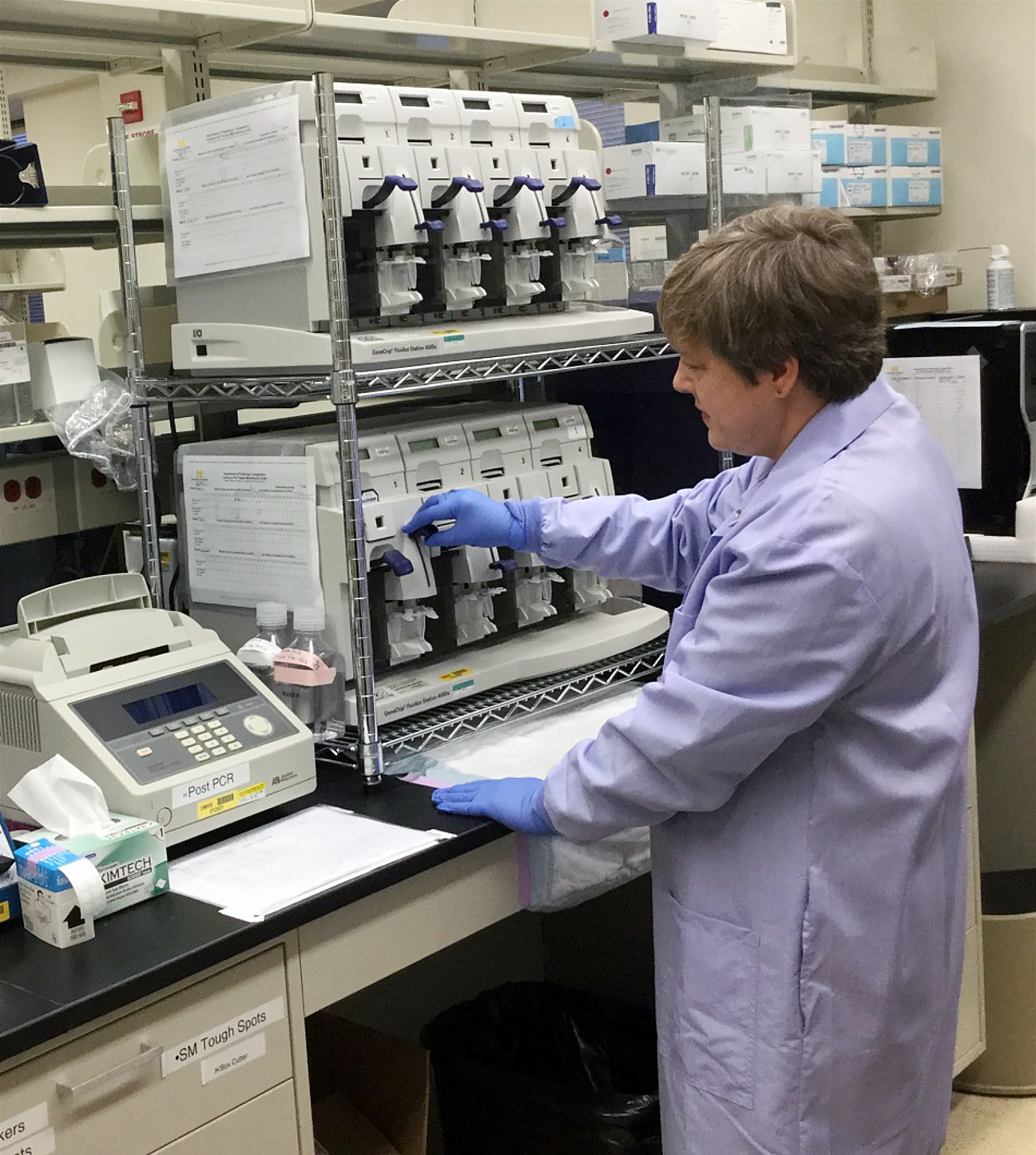 Affymetrix CytoScan HD platformThe CCA assay in the Clinical Cytogenetics Laboratory uses the Affymetrix CytoScan HD platform which has approximately 2.7 million markers, with an average spacing of 550 bp in cancer genes and 1100 bp across the genome. Once a fresh or fresh-frozen sample is received in the laboratory, genomic DNA is extracted and 250 ng of quality-tested DNA will undergo amplification, fragmentation, labeling, and hybridization. The DNA chip will be washed and scanned to read the signal intensity at each marker and compared with an in silico reference to get copy number difference and allelic data.

The CCA assay has been used to improve prognostication in acute lymphoblastic leukemia (1), myelodysplastic syndrome, and acute myeloid leukemia. It also detects genetic lesions that assist in differentiation and provide better prognostication in pediatric solid tumors, including tumors of the central nervous system. For example, pediatric gliomas can be challenging to diagnose by histology alone, especially when tissue sampling is limited. A central histology review of high grade glioma revealed a significant number of cases as discordant, the majority of differences resulting from inclusion of low-grade tumors. Pilocytic astrocytoma is a low-grade glioma (WHO grade I) which often has a good clinical outcome and only needs complete surgical resection. However, some features in limited samples may mimic a pediatric malignant high-grade glioma, triggering chemo- and/or radio-therapy. Approximately 70% of pilocytic astrocytomas harbor KIAA1549-BRAF fusion, but this is almost never seen in high grade diffuse infiltrating gliomas; therefore, the detection of a tandem duplication associated with KIAA1549-BRAF fusion will support the diagnosis of pilocytic astrocytoma. A previously diagnosed pediatric high-grade glioma from a small stereotactic biopsy did not respond to multi-agent chemotherapy after multiple cycles of induction and maintenance therapy. Re-biopsy was subsequently performed and the pathology was more consistent with pilocytic astrocytoma, WHO grade I. The CCA assay detected a duplication of 1.93 Mb at 7q34, consistent with the KIAA1549-BRAF fusion and a diagnosis of pilocytic astrocytoma. Given the new diagnosis, no further therapy was given and the patient was in stable condition two years after the second biopsy.