Getting to Know You: Dr. Will Perry, Chief Resident 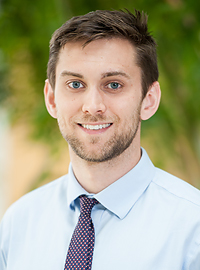 Each year, the Residency Training Program at the University of Michigan selects its Chief Resident for the academic year. For the 2021-2022 academic year, Dr. Will Perry was selected to serve. “In the simplest terms, my main role is to ensure we have the best possible environment for residents to learn throughout their training. Another important responsibility is ensuring we have adequate resident coverage on many of our clinical services.”

Perry’s path to chief resident began in high school when he was introduced to the field of diagnostics in medicine. He had an opportunity to shadow a neuroradiologist for several weeks and became acquainted with the diagnostic process.  He also spent some time learning about cytopathology during on-site evaluations. “I was introduced to the field of medicine early and got to see parts of it that most people don’t see that early as they are considering a career,” recalls Perry. In his undergraduate and graduate education, Perry was exposed to genetic epidemiology and became interested in molecular genetic pathology. In medical school, he had a rotation in surgical pathology. “It was my first rotation through anatomic pathology and I thought, ‘This is definitely what I’m doing!’ No question.”

When it was time to choose his residency program, Perry ranked Michigan #1. “It was mostly about the people in the department. I did a medical school away rotation here. People were super welcoming and seemed to love having students and residents around. They are willing to create an environment to focus on education and training.  If they take the time to sit down with medical students and teach them, then they for sure are going to take a lot of time to sit down and teach residents and educate them,” stated Perry. The strength and stability of Michigan Medicine as a whole was another deciding factor in choosing Michigan. “Sometimes we forget in pathology that a lot of the most interesting stuff that comes through our department comes from having strong surgical subspecialty departments or other clinical departments like neurology, medical oncology, radiation oncology, and others.”

Now in his final year of residency training, Perry confessed he may not have been an obvious pick for chief resident based on prior leadership experience. “To be honest, I have never been someone to seek out leadership roles in any way, dating back to high school and college. I was never president of anything or sought any student leadership role.” The scope of the role and the positive relationships he had built with others in the department encouraged him to take on this new role, first as assistant chief resident last year, and now as chief resident this year. In his role, he focuses on balancing workload, conference schedules, and time for residents to decompress and invest in themselves, spending time with family and friends. He also serves as a liaison between residents and the rest of the department, whether that be faculty, leadership, pathology assistants or facilities. “It can be a lot of day-to-day problem solving,” explains Perry.

Problem solving is what pathologists do best. “Coming up with a definitive, satisfying diagnosis after working through a challenging case and bringing the puzzle pieces together is the most satisfying part of the job.  When you have struggled and ruled out other diagnostic possibilities and you have narrowed it down to one diagnosis, particularly when you know that diagnosis is helpful for the patient, that is very satisfying. That certainly doesn’t happen with every case, but we love it when it does.”

Perry began his residency training at Michigan prior to the pandemic and has now spent the last 1.5 years of his training working through it. The most difficult part for many of the residents was the abrupt halt to all social events, hanging out after work together. “The first couple of months, before we really adapted and knew what we were dealing with, were pretty isolating,” he recalled. “It has taken a while, but we have gotten back to some sense of normality, to a certain extent. We have started doing intramural sports again and people have started to hang out outside of work again and sometimes we do happy hours or barbeques, but we have to be careful about it.” In addition, the pandemic impacted training. All educational conferences were moved to a virtual format as were some of the sign-out sessions. “We realized that there were a lot of things that we could do virtually that were more efficient than when we did them in person, so that was at least one small benefit that came out of COVID.” Sign-outs could be completed virtually, but it often took longer as a result. “We would preview cases as we normally would do during the day, and then we would drop off the slides either at the attending’s office or with their admin. Because almost everyone has a camera on their microscope, we could do everything via Zoom.” Perry indicated that while it was possible, it wasn’t ideal as you miss out on non-verbal communication, and it was difficult to maintain a good rate of flow with the workloads.

"Say ‘yes’ to a lot of opportunities, even if they seem tangentially related to what you feel you’re truly interested in. If you have opportunities in front of you, saying ‘yes’ could be a huge benefit down the road." 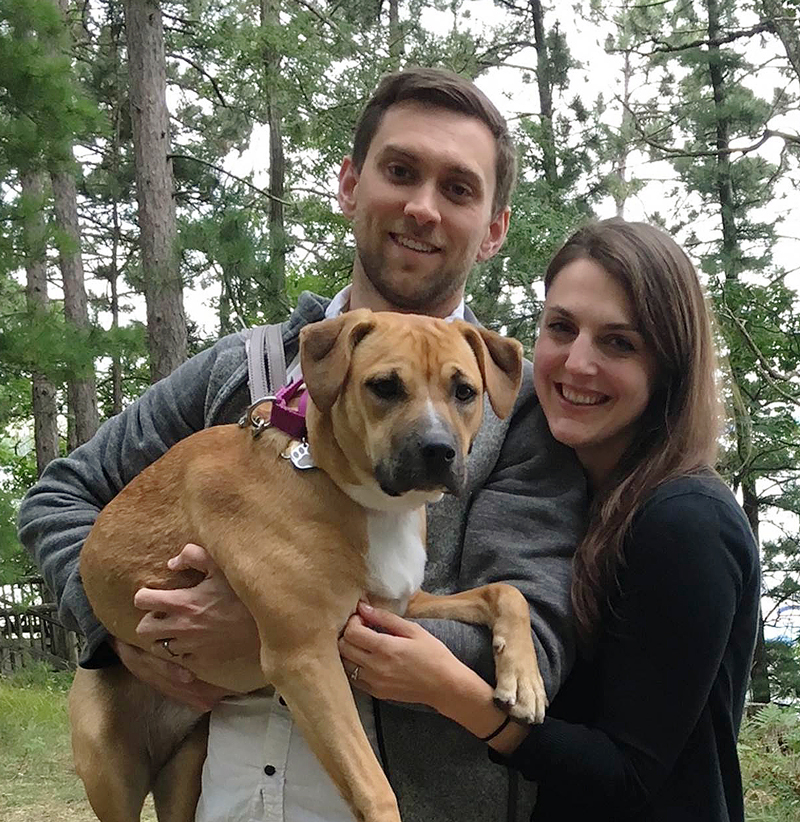 Throughout the past few years, Perry learned that being adaptable and flexible are key skills to possess as a resident. Sometimes, you have your week planned and at the last minute, things change due to unexpected illnesses or other situations. In addition, he encourages residents to ask for help when they are in doubt. “We are in a learning environment and there will always be smart, hard-working people around you. Asking for help and figuring out a list of people who are resources for you, who can point you in the right direction, is very important.” Finally, he encourages, “Treat everyone in the department with respect, regardless of their position or how long they’ve been here. That can get you really far. Don’t set yourself up to make enemies at any level.” For anyone who is interested in a potential career in pathology, he advises, “Say ‘yes’ to a lot of opportunities, even if they seem tangentially related to what you feel you’re truly interested in. If you have opportunities in front of you, saying ‘yes’ could be a huge benefit down the road. A lot of residents have experience doing things not really related to pathology or medicine and they have some really interesting skillsets that help them even now, based on projects they worked on ten years ago.”

In his leisure time, Perry enjoys spending time with his wife, Joslyn, and his dog, Rosie, especially going on walks in the Arb where Rosie can swim in the river.  He also enjoys playing guitar, cooking, listening to music, attending concerts, playing soccer, and trying out new breweries in Michigan. His favorite is Bell’s Brewery in the Kalamazoo area. When it comes to music, his tastes are quite eclectic. “If you stop by my office, I might have on classical piano, reggae, metal, hip hop, or just about anything else except country.”

After his residency is over, Perry will be pursuing a thoracic pathology fellowship here at Michigan, and recently applied for the head and neck/endocrine fellowship, so he hopes to be here for at least 2 more years. After that? “I’ll be applying to jobs at academic medical centers with the intent of primarily practicing surgical pathology. I plan for most of my career to be focused on clinical work, but I’d like some of my time to be devoted to research and education as well.”  Since he will be here, take a few moments and introduce yourself to him. You will be glad you did!