A Phase I clinical trial, using a structurally related analog of the compound, is currently enrolling patients.

An anti-cancer compound developed at the University of Michigan has shown “profound” activity in mouse models against two subtypes of leukemia — representing up to 40% of patients — a U-M research team reports in the Journal of Clinical Investigation.

The compound, dubbed MI-3454, inhibits the protein-protein interaction between menin and Mixed Lineage Leukemia 1 (MLL1) protein. It induced complete remission in mice transplanted with patient-derived cells containing MLL1 genes with translocations. These genetic rearrangements are found in 5% to 10% of adult acute leukemia patients and in 80% of acute lymphoblastic leukemias in infants. 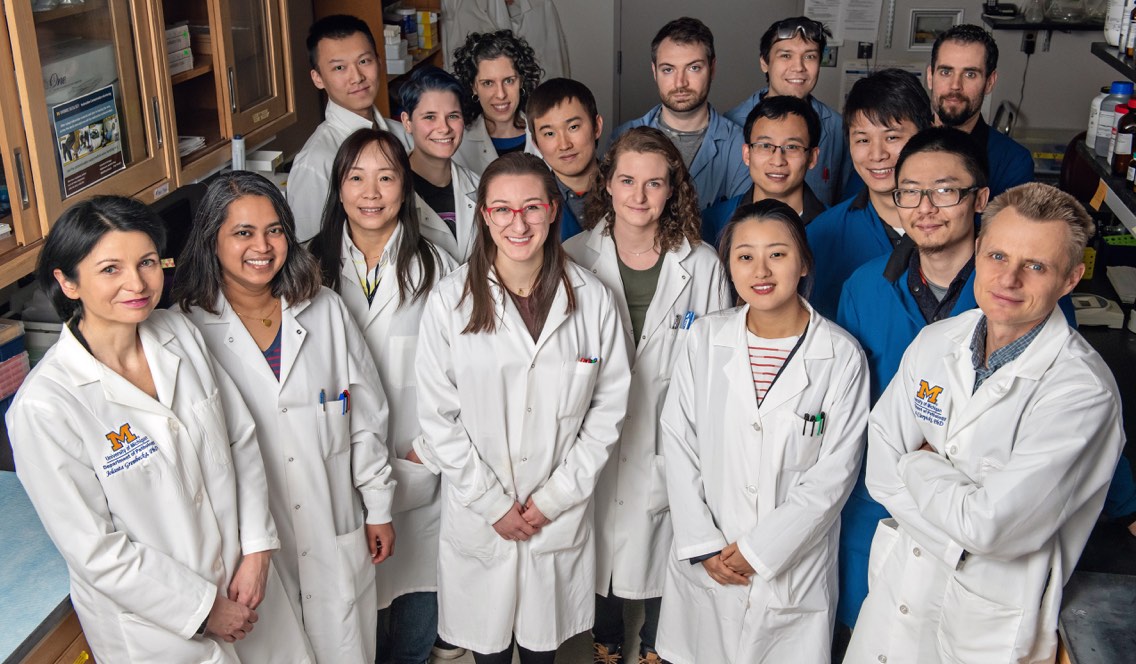 The compound also led to a significant reduction of lymphoblastic cells in models of leukemia with mutations in the NPM1 gene, which is found in about 30% of acute myeloid leukemia cases.

“New treatments are badly needed,” says Jolanta Grembecka, PhD, associate professor of pathology at Michigan Medicine and co-director of the developmental therapeutics program at the U-M Rogel Cancer Center, one of the study’s two senior authors. “Only about one-third of patients with rearrangements of their MLL1 gene survive five years.”

A structurally related compound, KO-539 — discovered by Kura Oncology in collaboration with U-M researchers following a 2014 licensing agreement — is being used in Phase I, dose-determining clinical trial in acute myeloid leukemia patients. The U-M Rogel Cancer Center is participating in the clinical trial, which began enrolling patients in the fall of 2019.

“It’s extremely gratifying to see research we began here a decade ago, when I started at U-M as an assistant professor, taking tangible steps toward addressing this unmet medical need for leukemia patients,” Grembecka adds.

Importantly, the compound was well tolerated by the mice and didn’t interfere with their ability to make new blood cells, the researchers reported.

MI-3454 builds on the research team’s previous work. Starting with the crystal structure of an earlier compound, the team was able to optimize its properties.

“This second-generation compound has the qualities that one would ideally be looking for in a drug candidate — subnanomolar potency, very selective, good oral bioavailability, low toxicity,” says co-senior author Tomasz Cierpicki, PhD, associate professor of biophysics and pathology, who led the crystallography work. “Its ability to inhibit the protein-protein interaction between menin and MLL1 fusion proteins is a 60-fold improvement over our earlier compound.”

The compound was able to cure what is otherwise a terminal disease in a mouse model seeded with patient-derived tumors featuring MLL1 rearrangements.

“Because they maintain the genetic profiles and features of the original patient tumors, these models give us our best picture of how the compound might perform in patients,” Grembecka notes.

In these experiments, control mice lived for a median of 42 days. The mice who received MI-3454 for 20 days showed no signs of leukemia even several months after treatment was halted.

They had no detectable leukemic blasts in their blood, bone marrow and spleen, the team reported. (In leukemia, these cells fill up the bone marrow and disrupt normal blood production.)

In a mouse model of pediatric leukemia, the compound increased survival from 21 days to 50 days — an increase of nearly 140%. 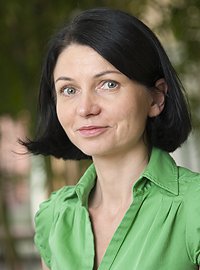 "It’s extremely gratifying to see research we began here a decade ago, when I started at U-M as an assistant professor, taking tangible steps toward addressing this unmet medical need for leukemia patients."Jolanta Grembecka, PhD

Worth noting, Cierpicki says, is that these studies evaluated the compound on its own. The researchers eventually hope to evaluate it combination with the standard treatments.

In collaboration with other research groups at U-M, the compound is also being evaluated for possible use in treating other types of cancer, including prostate cancer and Ewing sarcoma.

The first authors of the study are Szymon Klossowski, PhD, Hongzhi Miao, MS, and Katarzyna Kempinska, PhD, all of U-M.

Campus partners in the research include the Center for Chemical Genomics at the U-M Life Science Institute, where the early screening studies were done, and the Pharmacokinetics Core at the U-M College of Pharmacy. X-ray crystallography images were obtained using the Advanced Photon Source at the Argonne National Laboratory in Illinois.

Grembecka and Cierpicki received research support from Kura Oncology and have also served as consultants for the company. They have equity ownership in the company and are co-inventors (along with several of the other authors) on patent applications covering the compound. Two of the paper’s co-authors are employees of Kura Oncology. A patent application to protect intellectual property rights on MI-3454 has been filed by U-M and Kura Oncology; both the university and Kura stand to benefit financially if the development of the compound is successful.

This story was written by Ian Demsky and originally appeared in the Michigan Medicine Health Lab Blog on 2/7/2020.