Welcome to our laboratory

Over the past several years the laboratory research has been focused on the immunologic mechanisms involved in development of asthma and respiratory virus infections.  The basic research in the lab has identified numerous targets that are being pursued for alleviating chronic pulmonary disease and at the same time we continue to gain a better understanding of how pulmonary immune responses develop. We have established animal models of pulmonary disease that allow us to ask basic mechanistic questions as well as perform pre-clinical assessment of pharmacologic targets. Our model of allergic airway disease that recapituates several clinical features of allergic asthma is induced using a cockroach skin test antigen that elicits a strong Th2 skewed response with characteristic eosinophil accumulation and mucus overproduction, as depicted below. The areas investigated using this airway models include mast cell biology, eosinophilic inflammation, dendritic cell biology and T lymphocyte activation and differentiation.  The laboratory has examined the role of pulmonary viral infections on exacerbation and increased development of allergic asthmatic responses. Identification of specific cytokine and chemokine mediators that are involved in each of these models have been elucidated and studies have correlated these pathways to clinical disease using physiological measurements in the lung.

The virus infection that we have been most interested in investigating is respiratory syncytial virus (RSV). Nearly all infants get infected with RSV by age 2 and due to their small airways, which get easily occluded, many suffer from severe bronchiolitis. It is estimated by CDC that up to 125,000 pediatric hospitalizations in the United States each year are due to RSV. Many of these infants progress to a chronic pulmonary condition that can contribute to development of airways disease.  Although RSV is considered as a pediatric disease it is also recognized as an important pathogen for the elderly and patients with chronic lung disease such as chronic obstructive pulmonary disease (COPD) and asthma and is associated with a mortality rate of 30-100% in immunosuppressed individuals. Moreover the role of RSV in acute exacerbations of COPD (AECOPD) causing prolonged episodes of illness has been recently appreciated. Recurrent infections with RSV are common and the disease is known to exist long after the virus has been cleared. The RSV disease pathology is clinically characterized by airway hyperreactivity (AHR), increased mucus production and inflammation.  Recent studies in the laboratory have been focused on the function and signal transduction pathways of toll-like receptor (TLR) molecules in pulmonary inflammation with a specific focus on DC and airway epithelial cells. This has led to the investigation of novel mechanisms such as Notch and their cognate ligands for regulation of development of immune responses and development of chronic disease. 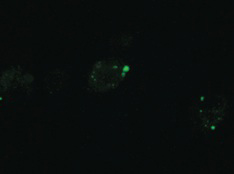 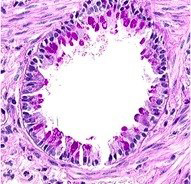