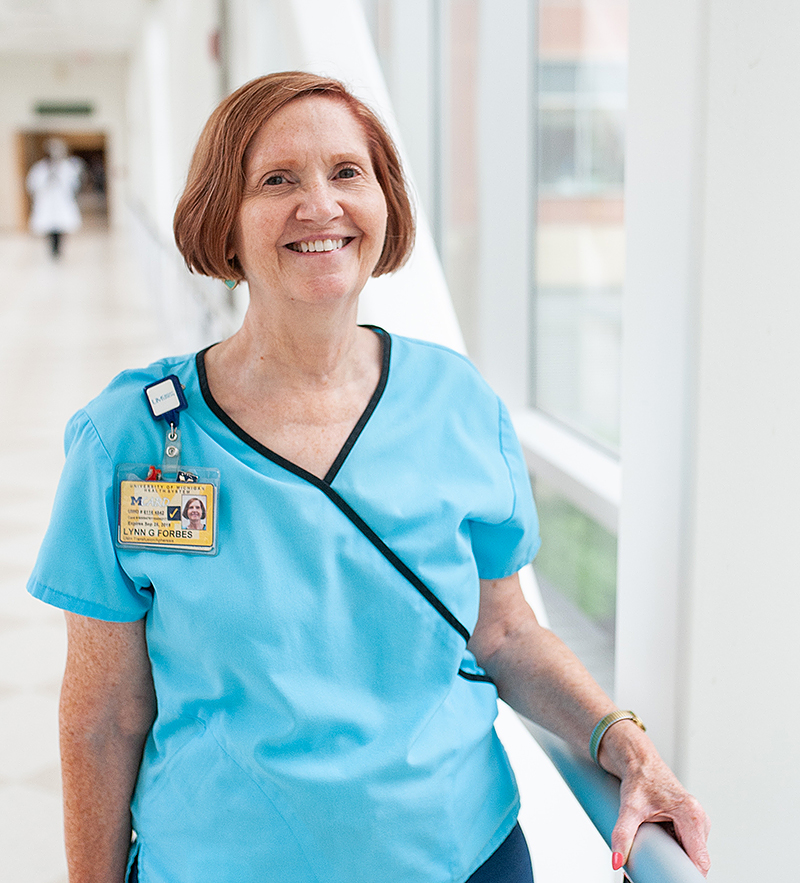 In 1987, Lynn Forbes was taking the first year of medical laboratory technology classes at Eastern Michigan University when she received a letter. The University of Michigan was looking for students interested in filling open positions in Central Distribution, now known as Specimen Processing. Intrigued, Forbes applied. Soon after, she accepted a position as a laboratory assistant, receiving specimens from across the hospital, processing them, entering them into the computer, and distributing them to the various pathology labs where the tests would be run.

Michael Meade, the supervisor in apheresis, would see Forbes at the window as he dropped off specimens. “She was friendly and capable and people spoke highly of her,” he recalls. So, when the need arose to hire a new lab assistant to schedule apheresis patients, he recruited her for the job. When Forbes started in April of 1990, she considered herself shy and not much of a people person. “I wanted to push the envelope and push myself to become more people-oriented,” she says. “This job has really taught me to do that.”

For 28 years, Forbes has served apheresis patients far beyond her role in appointment scheduling. She’s gone into the procedure area and helped nurses run their specimens, she’s helped to bring the patients snacks, or blankets, or whatever else they needed to make their time in apheresis more comfortable. Depending on their diagnosis or treatment, patients might visit the unit daily for a time and may return on a weekly, bi-weekly, or monthly basis, sometimes for years. Forbes says a favorite part of her job has been getting to know patients and their families. “There have been many times where patients have shown gratitude; and getting hugs and so forth from patients is just a real highlight.” 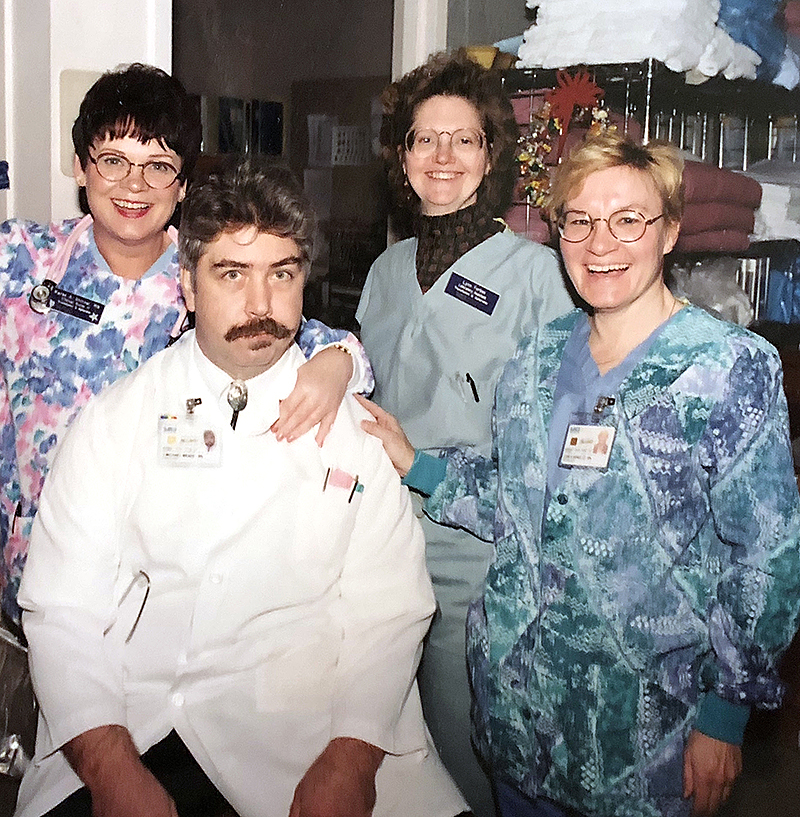 (Left to Right) Karen Skinner, Michael Meade, Lynn Forbes, and Lois Hancock work in the apheresis lab in the 1990s.With the switch from paper schedules to MiChart scheduling and the ability to do check-in and check-out by computer, Forbes says that her job is now 99% clerical.  Meade appreciates her self-direction, steadiness and consistency. “She’s running a marathon, not doing a sprint. She just knows what has to be done and does it,” he says.

While Forbes will be missed in apheresis, we’re grateful for her service and know she’s looking forward to having more flexibility to visit with out of town friends and family. She will spend the rest of the summer working on her large front garden and a smaller one in her backyard. A trip to Mackinaw is planned for September, while organizing closets and her home office is slated for when the weather turns cooler.