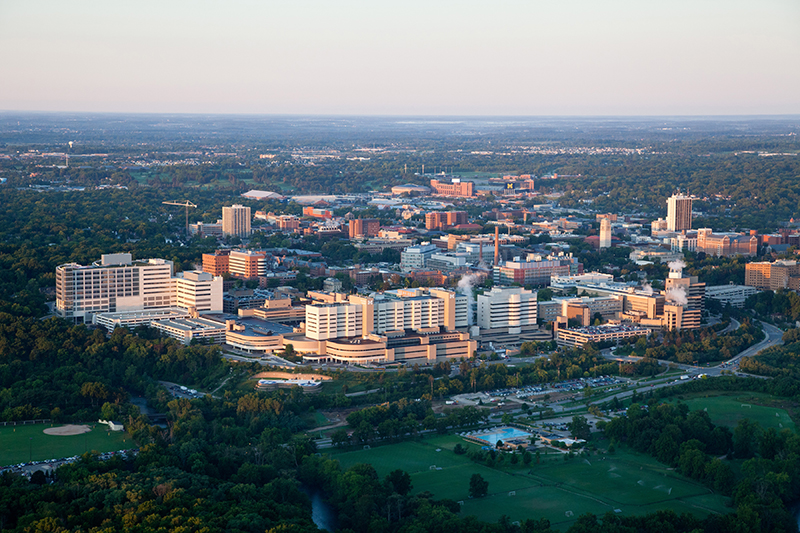 The Department of Pathology at Michigan Medicine (University of Michigan) in Ann Arbor, Michigan, is seeking an MD or MD, PhD academic pathologist with a track record of accomplishments in a leadership role to head our academic Division of Anatomic Pathology.

The Division of Anatomic Pathology accessioned nearly 115,000 intramural and extramural surgical pathology cases, over 33,000 cytopathology cases, and over 3,000 autopsies in FY2018.  Our practice includes a broad range of subspecialty and consultative services based at the University Hospital and C.S. Mott Children’s Hospital. In addition to thriving subspecialty-based services in Surgical Pathology, Pediatric and Perinatal Pathology, Dermatopathology, and Cytopathology, the Division of Anatomic Pathology is the administrative home for a regional autopsy and forensics service that extends to the Medical Examiner’s Offices for both Washtenaw (Ann Arbor) and Wayne (Detroit) Counties.

The Division of Anatomic Pathology comprises 70 faculty members who actively participate in the clinical, educational, and research missions of a large academic department. Educational programs include over 1,000 contact hours in the University of Michigan Medical School, one of the most highly ranked pathology residencies in the country, and multiple Anatomic Pathology fellowships including accredited programs in Cytopathology, Dermatopathology, Forensic Pathology, Neuropathology, and Pediatric Pathology; and unaccredited programs in a broad range of subspecialties. Anatomic Pathology provides project funding using a novel mechanism intended to support and facilitate faculty research (McDaniel et al. Funding anatomic pathology research: A retrospective analysis of an intramural funding mechanism. Arch Pathol Lab Med 2013; 137: 1270). Collectively, in FY2018, Anatomic Pathology faculty accounted for over $9.3 million in extramural research expenditures reflecting year-over-year growth of 14.8%.

The Department of Pathology at Michigan Medicine has over 205 faculty members with extramural research support totaling nearly $23 million dollars.  The department ranks 8th in NIH funding nationally. State-of-the-art research laboratories, a large community of investigators committed to team science, and a diverse, world-class medical center contribute to a nurturing and supportive environment for research endeavors.  Last year Anatomic Pathology faculty published 318 peer-reviewed papers, 95 of which they were lead authors. The department has recently moved into a state-of-the-art new facility that fosters collaboration and innovation. Ann Arbor offers a quality of life and amenities found in few other comparably sized communities. Ann Arbor was recently ranked #1 on Forbes list of the 10 Most Educated Cities, #6 on USA Today’s list of best cities for well-being, and #13 on Livability.com list of the 100 best cities in which to live.

Interested candidates should submit their curriculum vitae, a cover letter detailing experience and future interests, and the names and addresses of four references to:

The University of Michigan is an Affirmative Action/Equal Opportunity employer.

The Department of Pathology has brand new facilities at the North Campus Research Complex.

The department has nearly 200 faculty members, 70 of which are part of the Division of Anatomic Pathology.

The new AP facilities at the North Campus Research Complex are designed for encouraging collaboration.

Central Park, part of the NCRC faculty suite, is a space for faculty, staff, and visitors to gather.

Skylights enhance the work environment at the Wayne County Morgue.

Grossing stations in the new NCRC facilities are steps away from sign-out.