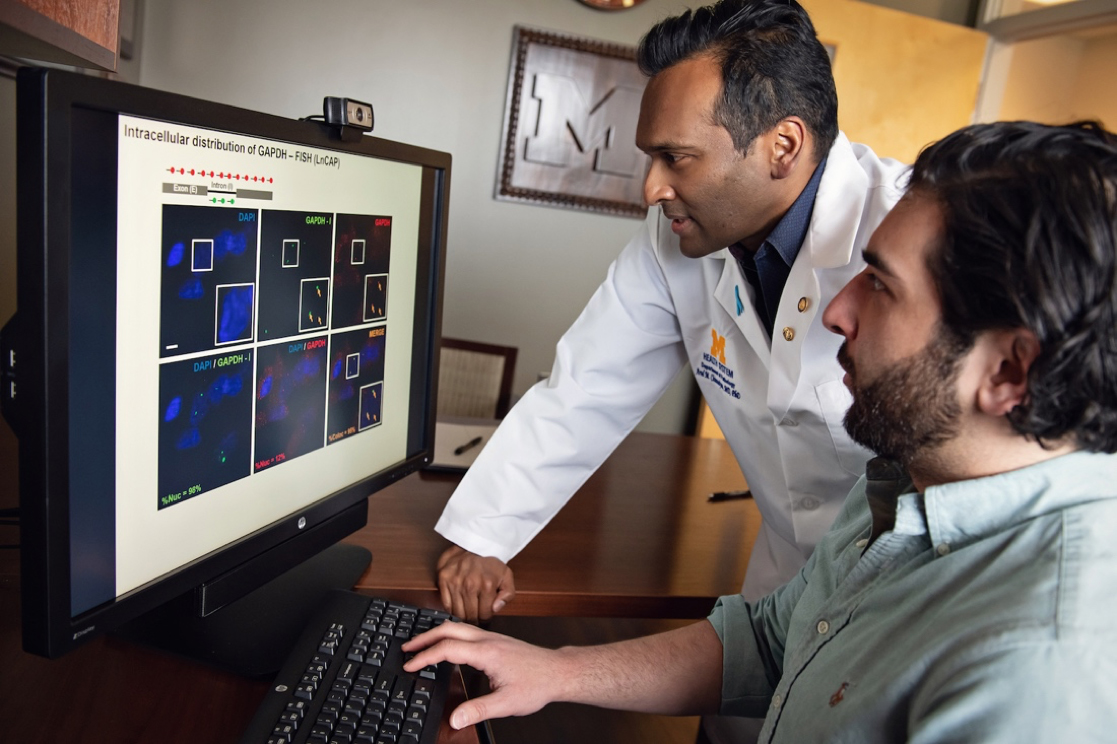 Congratulations to Arul Chinnaiyan, MD, PhD, who was announced as the Science of Oncology Award and Lecture recipient by the American Society of Clinical Oncology (ASCO). As part of this award, Chinnaiyan will present a 30-minute lecture entitled, "Exploring Precision Oncology: from Gene Fusions to Related Genetic Drivers” at the ASCO Annual Meeting, to be held virtually on June 4-8, 2021. In his address, Chinnaiyan will review how his early discoveries of gene fusions in common solid tumors led to precision oncology-based approaches to find novel therapeutic targets using these key genetic alterations.

“I am deeply grateful to be honored by ASCO, an organization that has had such a direct impact on the treatment and care of cancer patients across the world,” responded Chinnaiyan. “If what we have learned in terms of the genetic basis of cancer can be translated to better and more precise treatments for cancer patients, this will be the ultimate goal that we collectively strive for.”

Created in 2005, the Science of Oncology Award and Lecture is presented annually in recognition of a recipient’s outstanding contributions to basic or translational research in cancer. Chinnaiyan is being recognized for his laboratory’s work on “functional genomic and bioinformatic approaches to study cancer for the purposes of understanding tumor biology as well as to discover genetic drivers. The landmark study from his laboratory is the discovery of TMPRSS2-ETS gene fusions in a majority of prostate cancers, the first causative gene fusion in a common solid tumor.”

Chinnaiyan continues to work with biotech companies and medicinal chemists to identify drug candidates for the genetic alterations he identifies, especially for rarer cancers. “Sarcomas are still a major issue in terms of identifying actionable alterations,” explained Chinnaiyan. He is hopeful, however, that as more is understood about these tumors, effective treatments will be found.

Please join us in congratulating Dr. Arul Chinnaiyan on this well-deserved honor.

—
A full press release from ASCO is available here.