Research from experts in the Department of Pathology was published in Europe PMC's Histopathology. The team comprised of Drs. Jiaqi Shi, Laura Lamps, and Erika Hissong examined the impact of adenomatoid tumors within the gastrointestinal tract.

The pathology databases at four institutions were searched for adenomatoid tumors involving the gastrointestinal tract or liver, yielding approximately 8 cases. Available clinicoradiologic data was collected from the medical records. Six tumors were incidentally discovered during imaging studies or at the time of surgical exploration for unrelated conditions; presenting symptoms were unknown in two patients. Histologically, the tumors presented as well-circumscribed, though focal ill-defined borders were present in 4 cases. No infiltration of adjacent structures was identified. Architectural heterogeneity was noted in 5 tumors; an adenoid pattern also often predominated. The neoplastic cells were observed to be flat to cuboidal shapes, with eosinophilic cytoplasm. Cytoplasmic vacuoles mimicking signet ring-like cells were also noted in 5 cases. Three of these cases showed involvement of the mesothelium with reactive mesothelial hyperplasia. Cytologic atypia or increased mitotic activity was not identified. The surrounding stroma ranged from edematous/myxoid to densely hyalinized. Finally, immunohistochemistry confirmed mesothelial origin in all cases evaluated. 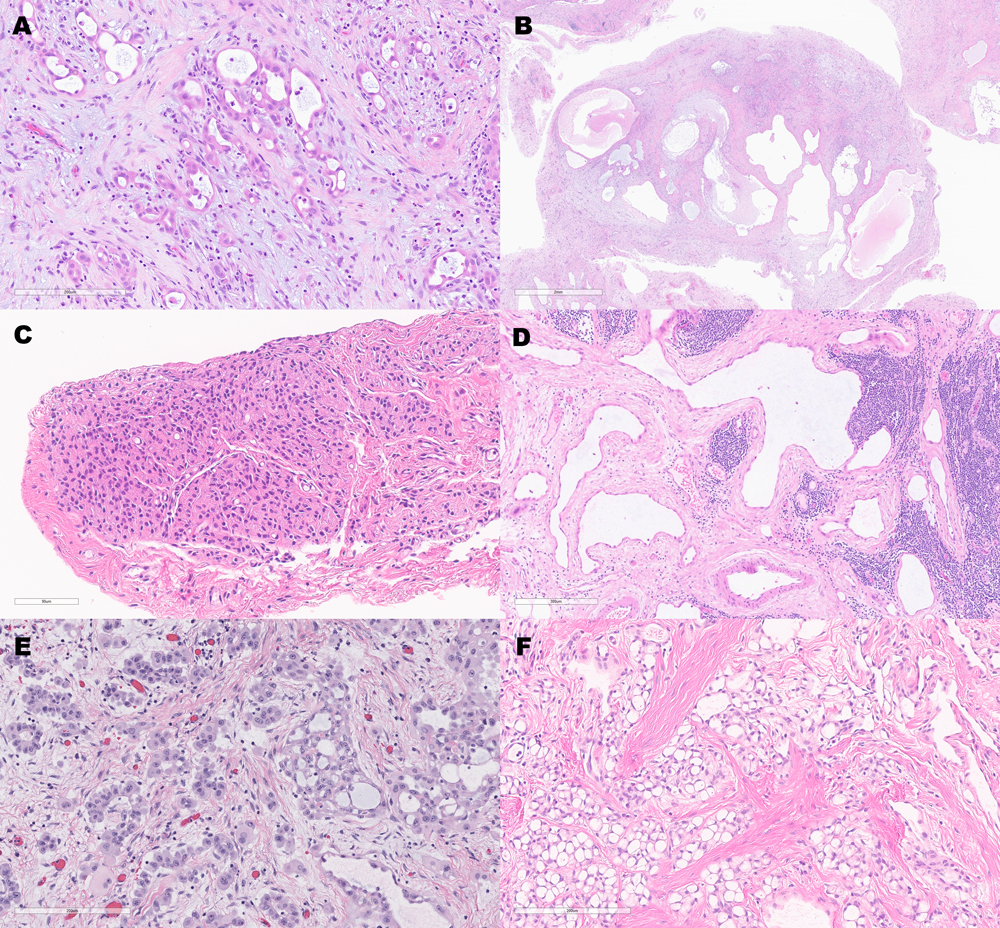 Adenomatoid tumors are rare benign neoplasms that arise from the mesothelium. They were initially described in 1945, and most cases involve the male or female genital tracts," describes Dr. Laura Lamps. "A number of them have been reported in extragenital tract locations over the years, such as adrenal gland, heart, and lymph nodes, but they are uncommon in these locations. The first adenomatoid tumor of the GI tract was described in 1979, and there have been fewer than 20 GI adenomatoid tumors reported in the literature since then."

Ultimately, the study evaluates the clinicopathologic findings in a collective series of gastrointestinal and hepatic adenomatoid tumors, correlating with those described in individually reported cases. Experts highlight common histologic features and emphasize variable findings that could mimic a malignant neoplasm. Results also showed that no patients developed recurrence of the disease.

"As adenomatoid tumors are benign entities that do not require any additional therapy, it is of utmost importance to be aware of and recognize this unique tumor that can occasionally occur within the gastrointestinal tract in order to correctly classify and distinguish it from a malignant neoplasm," concludes Dr. Lamps.

The full publication within Europe PMC's Histopathology is available here.