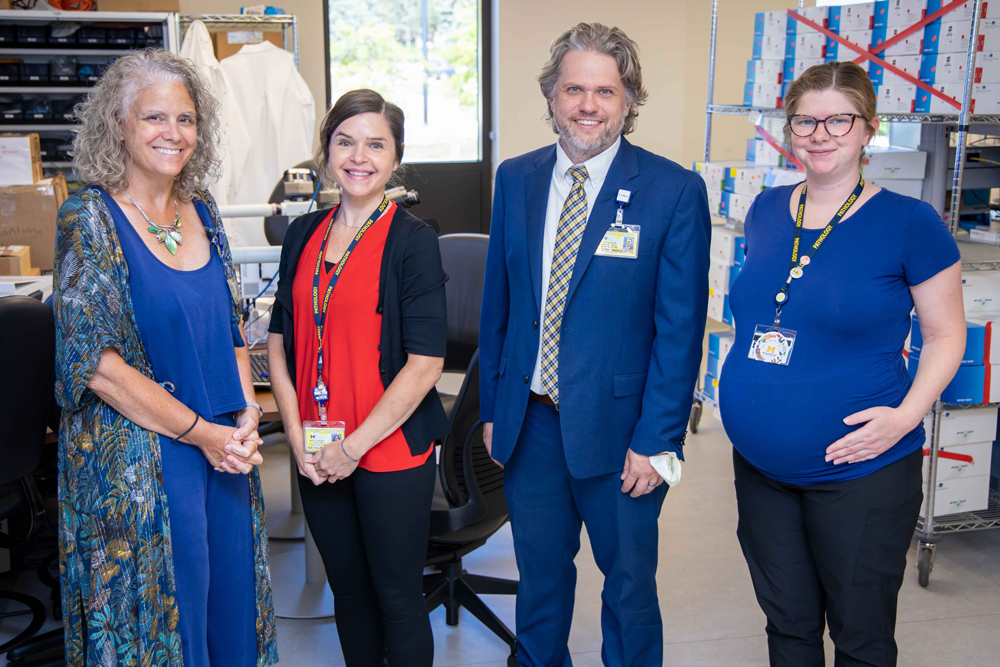 n Thursday, July 15, Scott Marquette, Associate Chief Operating Officer from Michigan Medicine, visited the Clinical Microbiology laboratory at the Department of Pathology. The purpose of the visit was to learn more about the Visual Inventory Management pilot, a new initiative that is intended to help lab staff better organize their tools, resources and assets within the lab setting.

Led by the Division of Quality and Health Improvement team, the project is intended to overhaul the storage and tracking within the micro lab, in order to better adapt to the ever-changing supply-chain issues, while also helping to reduce the medical technologists' time spent performing inventory management.

"The micro lab has worked very hard over the last nine months to move their supply management system into something that is efficient, effective, and useful," describes Brian Tolle, Manager for the DQHI division. "We have been working with Scott more frequently and invited him to come see the space and meet some staff members, and he was all for it."

During the heart of the COVID-19 pandemic, the DQHI and Microbiology teams collaborated to build a rudimentary computer-based reporting system in order to provide Departmental leadership with a one-to-two day notice as to whether or not the lab would be able to meet testing demands. "One element of that system was recording the levels of key testing supplies," Tolle described. "We learned how labor-intensive that tracking was at the time." Once COVID testing subsided enough, the Microbiology leadership team was all in favor of looking for ways to further improve how they managed their supplies.

"Inventory prior to the start of the pilot was taking 80+ hours per week," says Christina Bard, Lab Manager for the Microbiology area. "It was very labor-intensive, as we were using an “indirect" method. It required a lot of data manipulation and management, as we manually logged items in a spread sheet, and the WASP system and onto “library” cards." Additionally, lab staff were also being pulled away from other responsibilities. 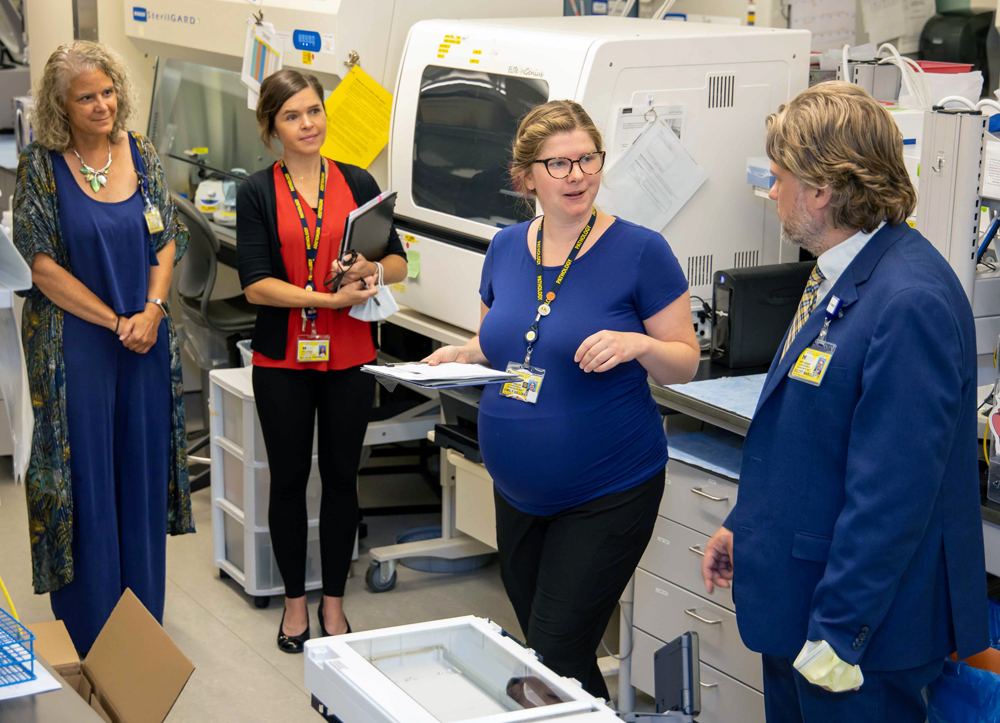 Once the pandemic began to slow, the DQHI team revisited the tracking system which gradually improved into what it is today, now officially called the Visual Inventory Management system. Project Manager Natalie Farwell also joined the DQHI group and became responsible for continuing to push the project forward. "We went through all of the things... where we would start, how we would do it," Tolle explains. "That's how it all started and it just grew from there." Tolle adds that involving frontline staff has been critical to the project's success, too. "Ultimately, by moving these responsibilities to the bench techs, there has been a significant reduction in the amount of time spent on data entry, down to approximately 40 hours per week," Bard says. This has led to marked improvements in storage, efficiency and organization all the way across the board.

By late 2022, the team hopes to implement these process improvements across the entire Department as a means to further enhance the ordering, receiving, storage, and disposition of all testing supplies.

"The lab looks so much cleaner and more organized now that we have discarded unused and no longer in use items. Our techs know where to find the things they need. By using the Redline checklists and a weekly review, there is confidence that we have what we need to take care of our patients," Bard concludes.