Dr. Thomas Giordano Elected to the American Thyroid Association’s Board of Directors 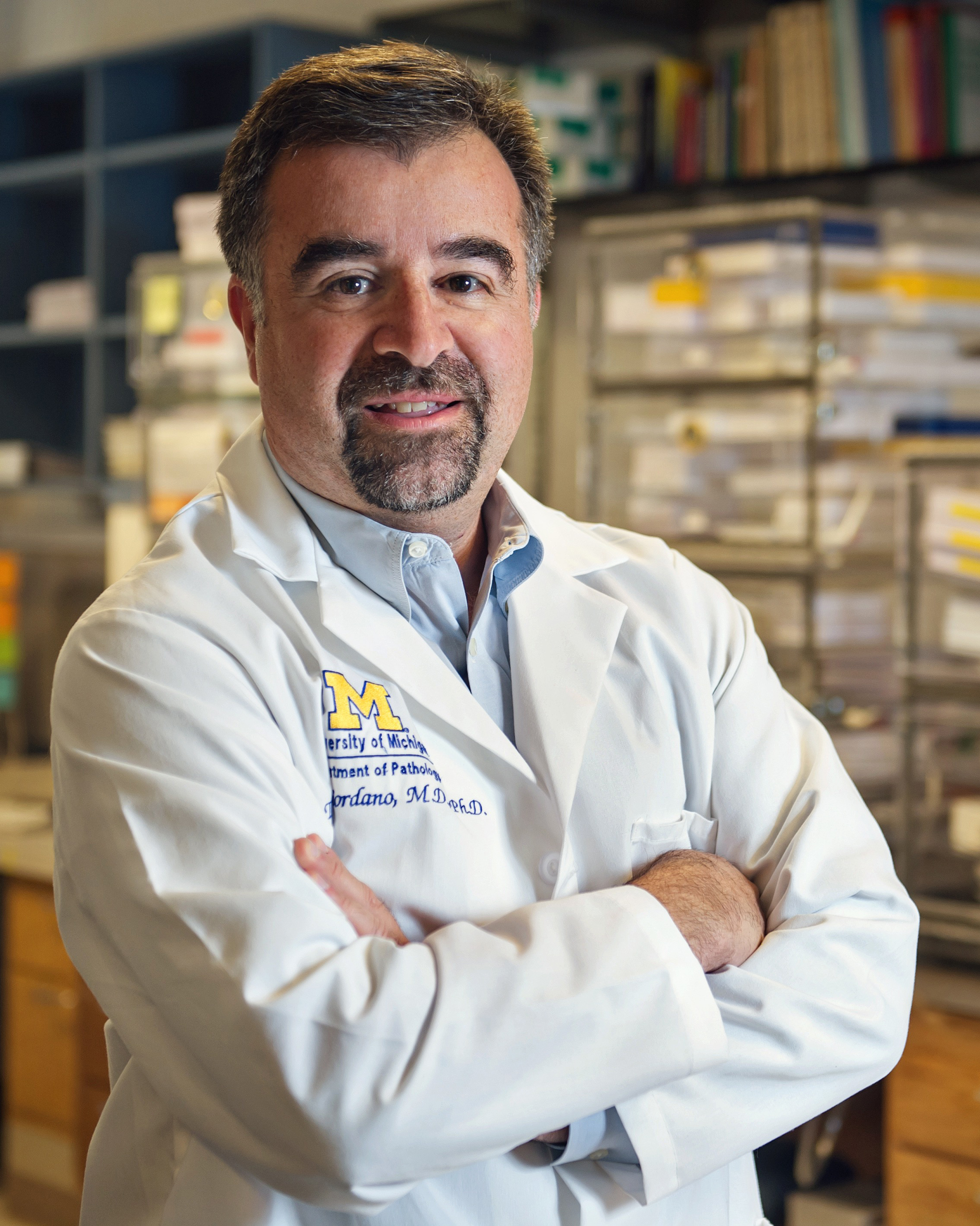 Thomas J. Giordano, MD, PhD, has been elected as a member of the Board of Directors (Pathology Director) for the American Thyroid Association (ATA). The term of membership on the ATA Board of Directors is four years and begins immediately.

Dr. Giordano, the Henry Clay Bryant Professor of Pathology and Director of Molecular and Genomic Pathology, is an endocrine and molecular pathologist with long-standing interests in thyroid and adrenocortical neoplasia. His specific academic interests in thyroid cancer include molecular and genomic profiling and tumor classification. He served as co-chair of The Cancer Genome Atlas’s (TCGA’s) Papillary Thyroid Carcinoma project, which he led from its initiation to publication in Cell in 2014. He also was instrumental in convincing the TCGA leadership to conduct their Adrenal Cortical Carcinoma project and served as co-chair of this study until its publication in Cancer Cell in 2016. Dr. Giordano also served on the Analysis Working group for the TCGA Pheochromocytoma project, published in Cancer Cell in 2017. He currently serves on the TCGA Steering Committee for the PanCancerAtlas project, the goal of which is to collectively evaluate the genomics of all tumors studied by TCGA.
announcement molecular and genomic pathology
Tweet