New research from the Department of Pathology has been published in the Journal of Lower Genital Tract Disease. The study, spearheaded by experts Stephanie Skala, MD, Jasmine Ebott, MD, Lili Zhao, MD, and Richard Lieberman, MD, highlights the predictive value of an alternative strategy used for measuring the depth and size of a stage 1 vulvar squamous cell carcinoma. 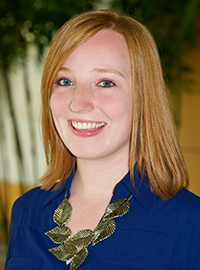 The objective for the study was to look at measuring depth from the nearest dysplastic rete peg, the alternative method, rather than measuring the highest dermal papilla, the conventional method.

The research was carried out by executing pathologic staging and recording follow-up information for 100 pT1 vulvar squamous cell carcinoma (SCC) that were resected from 1990 to 2019. Conventional depth, alternative depth, gross/clinical size, and size of the invasive component were measured for each tumor. In this study, experts evaluated which clinicopathologic factors were most predictive of lymph node involvement and recurrence.

Ultimately, use of the alternative depth measurement combined with the cumulative cumulative extent of invasive component, resulted in 1 and 18 cases being downstaged to pT1a. All such cases were pN0, without lymphovascular or perineural invasion. Infiltrative cords (hazard ratio [HR] = 5.15; 95% CI = 1.63-16.2; p = .005) and perineural invasion (HR = 3.16; 1.18-8.45; p = .022) were most strongly associated with groin recurrence. Of staging criteria evaluated, only the cumulative extent of the invasive component 2 cm or greater was significantly associated with groin recurrence (HR = 2.87; 1.01-8.17; p = .048). The Kaplan-Meier curves for local recurrence-free survival by stage did not show significant separation regardless of the method used.

"Our data did in fact show that patients who would have been considered lower stage based on the alternative depth of invasion (from the base of the precursor lesion) did not have nodal involvement at diagnosis or during follow-up, so groin node sampling leads to more risk than benefit in that situation. Additionally, as we suspected, the presence of multiple foci of microinvasion did not have the same clinical impact as large overtly invasive tumors," Skala says.

Overall, the data suggests that the use of alternative depth and cumulative extent of invasion could safely allow some conventional stage IB vulvar SCC patients to avoid groin surgery, thereby reducing treatment-related morbidity.

"We hope that the findings from our study and others will lead to re-evaluation of the current staging criteria and/or management guidelines for these patients."

The full publication in the Journal of Lower Genital Tract Disease is accessible here.