A new study within the Department of Pathology has just been published by Modern Pathology. Led by experts Stephanie Skala, MD, Chia-Jen Liu, Aaron Udager, MD, and Andrew Sciallis, MD, their research focuses on new developments within the molecular characterization of uterine and ovarian tumors. Here, their relationships to epithelial and germ cell features by somatic derivation were investigated.

The study observed ovarian germ cell tumors, including yolk sac tumors, in an attempt to explain why they are most commonly diagnosed in children and young women. Most so-called yolk sac tumors reported in women older than 35 years of age have been associated with an epithelial proliferation (endometriosis or carcinoma). 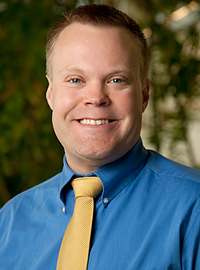 "Selection of chemotherapy may be challenging since these rare tumors are not well-understood," notes Dr. Aaron Udager.

"While pathologists have speculated that so-called germ cell tumors in older women are derived from somatic cells, this study is the first to provide detailed molecular characterization of these tumors."

Utilizing Ion Torrent-based targeted next-generation sequencing approaches pioneered by Dr. Scott Tomlins and the Michigan Center for Translational Pathology (MCTP), Drs. Skala, Udager, and Sciallis demonstrated that tumors from postmenopausal women harbored somatic mutations associated with carcinoma or endometriosis in both the “germ cell” and overtly epithelial components; in contrast, a tumor from one premenopausal woman lacked such mutations, suggestive of a true germ cell origin.

Identified here were two groups of tumors with mixed germ cell and epithelial features: tumors with background endometriosis and endometrioid carcinoma-like mutations (PTEN, PIK3CA, FGFR2, and CTNNB1), and high-grade morphology, presumptive presence of isochromosome (12p) by FISH, and TP53 or PIK3CA mutations. These findings support the notion that the “germ cell tumor” component of these tumors is often somatically derived. Two tumors in our cohort were from premenopausal women; one showed no detectable mutations by NGS (suggestive of germ cell derivation), whereas the other showed PIK3CA, PTEN, and CTNNB1 mutations (suggestive of somatic derivation). Accurate classification of these tumors is likely important for selection of appropriate chemotherapy.

Overall, these findings indicate that the vast majority of uterine and ovarian tumors with mixed epithelial and germ cell features are derived from somatic cells, which may have important diagnostic, prognostic, and therapeutic implications.