The Yin and the Yang of Research in the COVID Era

Flashback to January 4, 2020. The World Health Organization (WHO) just reported on a cluster of pneumonia cases diagnosed in Wuhan, Hubei province, China. On January 12, China released the genetic sequence of a novel coronavirus, SARS-CoV-2. By January 21, the first case arrived in the United States, and on January 30, the WHO declared COVID-19, the disease caused by the SARS-CoV-2 virus, a Public Health Emergency of International Concern with 7818 cases worldwide, 82 cases in 18 countries outside China.  Two days later, air travel is restricted and by March 10, COVID-19 has arrived in Michigan.

As the initial reports of pneumonia came out from the WHO, Dr. Asma Nusrat, Director of Experimental Pathology at Michigan Medicine recalls, “I love reading international news, so I thought, ‘Oh my goodness, what is this?’  But I never realized how serious this was.  As we progressed through January, the CDC [Centers for Disease Control] confirmed the first US coronavirus case and our lives changed rapidly.  Marching forward into February, global air travel became restricted and our research laboratories were abruptly shut down in March.”  COVID-19 was here and scientific research on everything non-COVID came to a screeching halt.

"Many of us had long-term experiments that had to be halted.  We had mouse colonies and time-sensitive projects that were stopped." 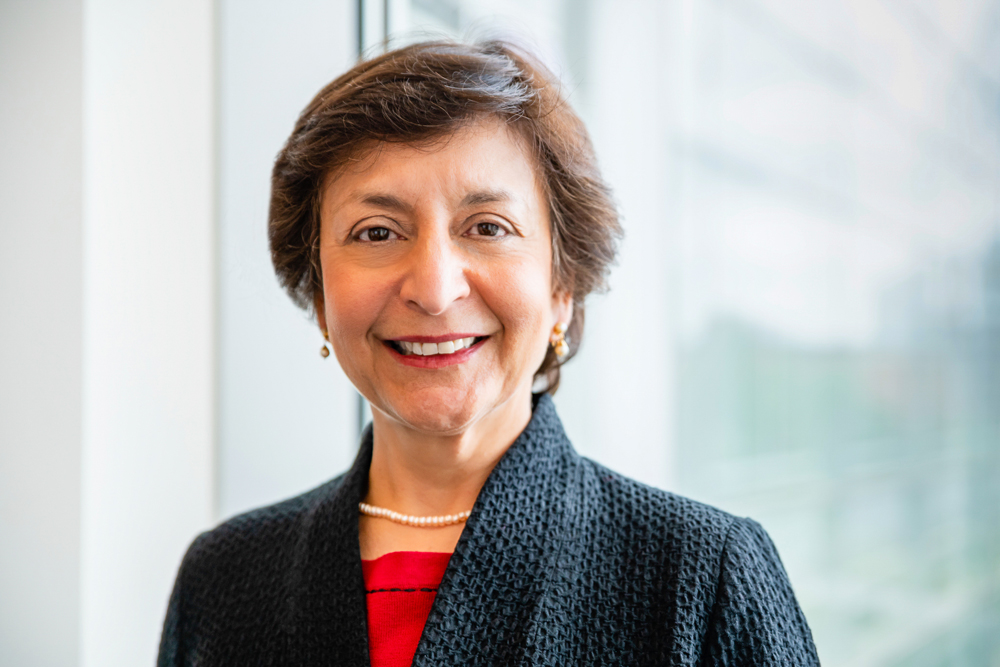 “This was a very difficult time for researchers,” explained Nusrat. “Many of us had long-term experiments that had to be halted.  We had mouse colonies and time-sensitive projects that were stopped. We were allowed very limited personnel who could periodically check up on the laboratory equipment and do minimal maintenance and that was it.” The mouse colonies were another difficult issue to address.  Only the bare minimum number of mice were kept, so researchers froze embryos, sperm, and ova from mouse lines in an effort to be able to restart their research programs at a later date.  Once research could be safely restarted, it would take several months for the mouse colonies to reproduce and projects resume.  “ULAM (Unit for Laboratory Animal Medicine) did a fantastic job, my hat’s off to them,” praised Nusrat.  “To my knowledge, everybody had some level of loss.  Although, ULAM worked with people who were doing long-term experiments in cancer or in aging and made exceptions for them.”

Eventually, the Medical School allowed research labs to reopen at 25% occupancy. “That was a skeleton crew,” explained Nusrat. “There are many specialties in the lab surrounding cultures and animals.  25% of the people can do an absolute minimal amount of the work, yet this crew did a fantastic job in maintaining and restarting research.” Very slowly, research reopened to 50%, then 75% capacity.  Research staff began working in shifts, 6 am – 1 pm and 2 pm – 9 pm.  Those who were “morning people” came in for the 6 am shift while those who were the “night owls” took the afternoon shifts. Research progressed slowly and it was difficult to generate the preliminary data necessary for grant funding.  This slowdown also significantly impacted the graduate students and new trainees, whose graduations were delayed.  “The positive thing was, everybody was home, so they were writing a lot of grants for the data they did have,” said Nusrat. “There were negatives and positives. The positives were that people were able to work on papers they were supposed to write and grants they were supposed to submit, but couldn’t because they were too busy with other things. There was something of a yin and yang effect.” Dr. Charles Parkos, Chair of the Department of Pathology, also leads a research lab.  He concurs with Nusrat’s observations; “Despite the limitations in ongoing research, the pandemic-related shutdown afforded opportunities to write more grants and more papers.  Journals stepped up and asked reviewers on manuscripts to temper requirements for additional experimentation if the scientific premise of the manuscript was sound.  As a result, we had a good response in grant writing and a lot of papers were published that may not have been due to researchers often being too busy conducting research to focus on writing.”

While much of the research efforts of the department were halted, there were also new projects that started trying to better understand COVID-19.  The department was instrumental in developing COVID tests. Within a week of COVID-19 arriving in Michigan, they had a PCR test available and subsequently developed several more tests using various methods and mediums.  Subsequently, the clinical pathology laboratories developed antibody testing to ensure immunity following vaccination or infection. The Clinical Pathology laboratories made very important contributions to the institution as a whole. “Basic and clinical researchers also developed projects to study SARS-CoV-2 pathogenesis,” stated Nusrat. Research has been published on the comparative sensitivity and specificity of the various testing platforms, how the SARS-CoV-2 virus impacts coagulation, the lung, kidneys, skin, and other organs.  The forensics team performed autopsies, which they studied to determine means of community spread and how the virus impacts the body, while others looked at potential treatments, transcriptional regulatory targets, and infection rates with hospital-acquired infections among the COVID-19 patients. Some of this research is highlighted on page 14 of the Inside Pathology 2021 magazine. “Members of Digestive Disease Center at U-M successfully used stem-cell-derived gut and lung epithelial cells to study pathogenesis of SARS-CoV-2 infection. All in all, we did our best,” stated Nusrat.

The pandemic initiated changes that revolutionized the way many teams work. “We have embraced hybrid modes of communication with all our collaborators, conducted grant reviews, and held scientific and clinical meetings by Zoom. Such communication is clearly efficient.  In Pathology, consensus conferences and tumor boards now have better options for telecommunication” explained Nusrat. “This has allowed people to attend remotely. We never thought we could do it to this extent.”

"I also think this pandemic has taught us a sense of community and teamwork. We are a community, a group and we have to function together."

“I also think this pandemic has taught us a sense of community and teamwork. We are a community, a group and we have to function together. We learned to be much more accommodating than pre-pandemic.  Everybody had circumstances.  We learned to have more empathy with people who have difficulties and overall, the pandemic has made us stronger.” Nusrat credits the leadership team who led Pathology through the pandemic as exemplars. “Leadership was under enormous pressure and people like Chuck Parkos [Chair of Pathology], Ric Valdez [Director of Clinical Pathology], Jeffrey Myers [Vice Chair for Clinical Affairs and Quality], and Kathy Cho [Vice Chair for Academic Affairs] – they functioned as a fantastic leadership team through these tough times.” While we have lost a lot of time, we have a renewed vision and believe that research at Michigan Medicine will continue to thrive and grow in the future.